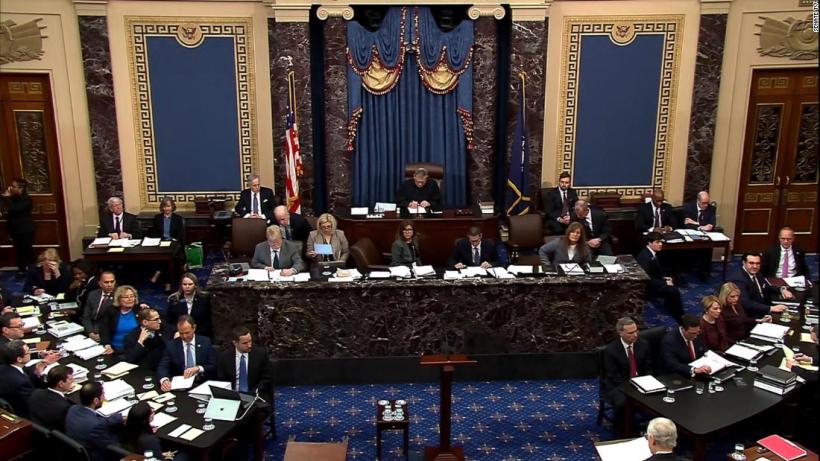 The Impeachment Trial of Donald Trump is still underway as I write this.  It seems that the trial will reach its conclusion in a few days with no witnesses being called or newly, available evidence being admitted.  Of the three impeachment proceedings (Johnson, Clinton, and Trump) only Trump’s impeachment will fail to call any witnesses or allow any new evidence to be introduced.  History will judge all the actors including Elizabeth Warren, who’s question to Chief Justice Roberts might be the moment that history remembers above all else.  She asked, “At a time when large majorities of Americans have lost faith in government, does the fact that the chief justice is presiding over an impeachment trial in which Republican senators have thus far refused to allow witnesses or evidence contribute to the loss of legitimacy of the chief justice, the Supreme Court, and the Constitution?” You can hear Chief Justice Roberts read the question out loud here. The chagrin on his face is quite noticeable.

There are moments when History beckons a person onto its stage and this was one of those moments. Senator Warren rose to the occasion and delivered a performance in the form of a simple question that will echo down the halls of history. She took a stand for the Constitution and the gravity of these events, the Senate trial of Donald J Trump. History will remember this trial and will remember Senator Warren as a Senator who stood up against the partisanship which disgraced these proceedings. This was her moment to be Presidential and she seized the moment.  I have a newly found respect for her.